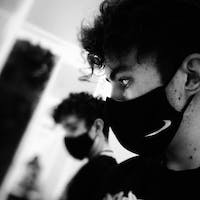 I went from enjoying what I did to hate it and feel miserable about it.

Let me put you in context, I was 13yo when I started this magnificent journey, like many people my starting point in this field was HTML a tool that I loved at first sight but that felt boring and repetitive shortly after, luckily (thanks to a book gifted by my grandma) I learnt about PHP and it blew my mind, literally, making interactive websites opened to me a spectrum of new ideas that I wanted to develop.

I quickly became proficent with PHP, it allowed me to create and publish cool projects with ease, and there's where the problem began, having a tool that I knew pretty well was a blessing and a curse at the same time, why? Because it was my go to option in every single project, and as you might know, too much of something is never good, but it made me make a lot of money so I didn't give it importance... until I had to.

Check in with yourself

Humans by nature need to have routines, it gives us a certain level of comfort, knowing what will happen and what to expect allows our mind to focus on more important things, the predictability is key, our brain doesn't want to be in an environment were anything can happen, but as good as it may seem, can be bad, remember that to much of something is never good, so doing the same over and over again can take a toll on your mind.

That's why you should check in with yourself, often times we don't give importance to what we are feeling, we don't listen to our inner self to our inner daemon, how many times did you said "I'll do it tomorrow" or "I don't have time for that" or "I really want to do that" but i didn't do it because i had to do so and so.

This right here is one of the reasons why a lot of humans are unhappy, we neglect ourselves, we are always working hard, hustling, and that isn't bad per se but what if instead of working our asses off and get burned out we try to establish a balance, why not work smart instead of hard, think about this, instead of giving your fullest the entire day (an impossible feat) why don't you try to give your fullest in short but constant bursts and everytime you accomplish something give yourself a reward, go watch a youtube video, eat an snack, go for a walk, whatever floats your boat, but do something that allows your brain to breath again and prepare for the next task.

You are totally forbidden of getting cozy, one thing that I learned the hard way is that being too comfortable isn't always a good thing.

If you're too comfortable, it's time to move on. Terrified of what's next? You are on the right track. - Susan Fales-Hill

Why am I saying this? Simple, you only learn new things when you put yourself in situations that you don't control or don't have the know-how required to solve them, this is commonly known as getting out of the comfort zone and for us developers, engineers, designers, etc... should be the way to go.

Right after taking this approach I noticed that the probability of falling into a rut decreased, by forcing myself to use tools that I didn't know of or never used I became a better developer, I started to see connections between frameworks and languages, I started to understand how things worked under the hood, I developed as Stefan Mischook would say, my developer eyes.

You live and you learn

We are being constantly bombed by the success of others, but not about his counterpart, the failures, the thing that led them towards achieving that particular goal.

We all know why, because it doesn't sell well, you can't sell a product by going through every mistake the creator/s made until it finally saw the light, but failure as bad as it sounds is the only way to progress, as Elon Musk once said.

Failure is an option here. If things are not failing, you are not innovating enough. - Elon Musk

So instead of avoiding failure or choosing to not do something out of fear, let's see failure as something neither positive or negative, it only means that you found a barrier on your path because you are doing something you have never done before, now, take a deep breath, go do something else, come back and try to understand what is blocking the road and what should you do in order to resume your trip.

This, as you might already know was how I Re-learned Web Development, it may serve you as an example of what to do or what to avoid, now it's time to evaluate your own situation and check in with yourself.

Hope you enjoyed it and any doubt, commentary or feedback will be read carefully and thoroughly, that's it folks, thanks for taking the time to read this! 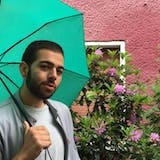